After finishing a two-week, multi-age summer class with Teacher Tom, who's an internationally respected teacher and writer, I asked my child what she thought he was really good at. She pondered my question for a moment and thoughtfully replied, "He's really good at sitting."

Well, shoot. At the risk of bragging, I'm a fine sitter, myself. Now that I know it's Teacher Tom's greatest strength (in her mind), I feel compelled to up my sitting game. Would any of you be up for a sitting challenge, or perhaps agree to be my sitting accountability partner?

The thing is, she's right, but in the most complimentary of ways. Case in point: Jimmy, about whom I’ve written before. His name isn't Jimmy, but I'm saying it is to protect his privacy. He's two.

Teacher Tom showed a broken tricycle to Jimmy and a bunch of other kids. Its seat had long since gone missing, leaving nothing but a flat metal bar in its place. The bike had bigger problems, though. The wheels, although still present on the playground, were no longer attached to it. As quickly as you read about the wheels, however, is how quickly another boy absconded with the back ones, using them to drive some invisible vehicle down a long and reasonably steep dirt hill toward parts unknown. By then, some of the children had lost interest in the few pieces of the bike that remained. Jimmy, however, held firm to the one remaining and detached front wheel, and Teacher Tom had an idea.

Despite usually letting kids figure out what loose parts represent, Teacher Tom said, "This is a steering wheel. One of you can use it to drive this wagon." He pointed to a trusty (and rather rusty) metal wagon that he, himself, used as a child. One of the older boys quickly accepted the challenge, but as soon as it started moving downhill, his expression turned to worry and he quickly abandoned the ride. He took the "steering wheel" with him to play elsewhere.

Jimmy, who was by far the youngest and smallest in the class, wasn't giving up on Teacher Tom's plan so easily. Confidently, he walked up to the wagon and said, "I try." It took him a bit of effort to climb in, but he made it. And then, like he did on the tire swing I wrote about in a previous article, he said, "Push."

The wagon wasn't moving on its own, despite pointing downward on the dirt hill. Teacher Tom replied in a respectful tone, "I'm not your Mom. Moms help people. I'm your teacher; teachers will teach you."

Lest I take offense to his comment (hey, I help and teach, don’t I?), his words resonated with Jimmy, and Jimmy started to thrust his body forward, engaging the wheels of the wagon. Holding the steering handle but not turning it, he drove straight into the backpacks that were hanging on the outdoor hooks. Not far. Soft landing.

Teacher Tom straightened the path of Jimmy's wagon and provided him with a brief tutorial about steering. Now, here I am, an adult who knows a thing or two about physics, and a thing or two about two-year-olds. My confidence wasn't great that Jimmy wouldn't end up in a pile of wood chips, or perhaps crash into a gaggle of other little humans. He didn't have a license to drive that thing.

But lo and behold, Jimmy steered correctly, and dang if he didn't make it all the way down the hill without using small bodies as speed bumps or taking out the garden along his way. He drove it...well. Yes, he drove it very well.

Then, looking pleased as a pumpkin, he got out easily and moved on.

So, yeah, Teacher Tom is good at sitting. My daughter is right. But she went on to clarify: "He's good at sitting and waiting to see if kids can figure things out. But if they need him, he helps them."

As parents, our job is to "sit" in a way that allows children to have the time to think critically, to solve problems on their own whenever possible, and to help them finish each day trusting themselves a bit more than they did the day before. They accomplish most of this, of course, through their critical work of play. That's the kind of sitting I want to do. 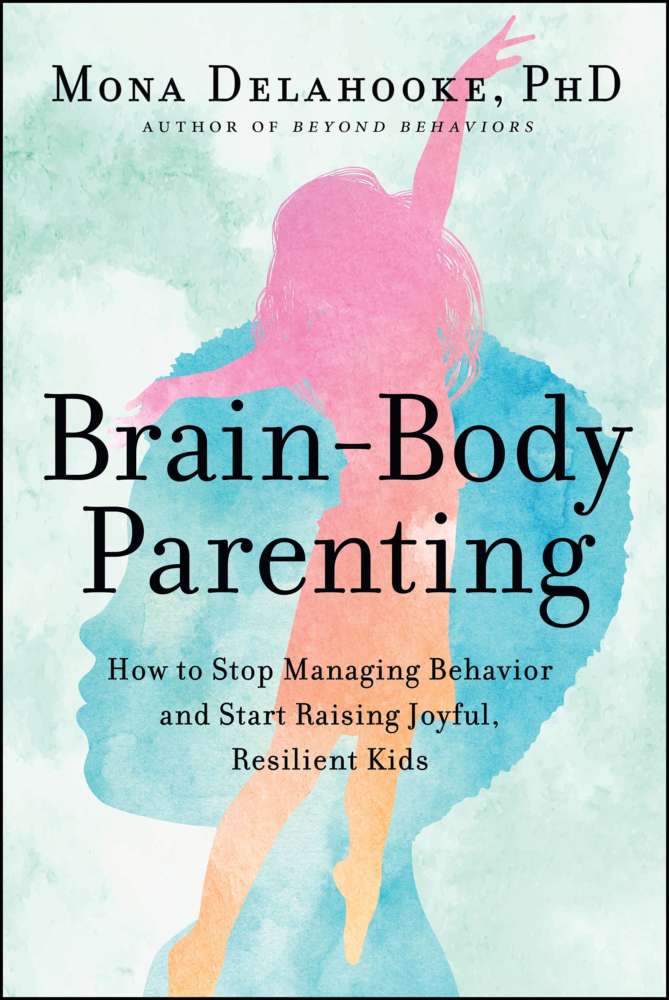 Telling Our Kids What TO Do: Three Ways to Build a Child's Self-Confidence 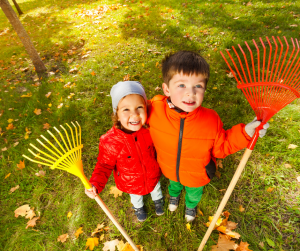 25 Fun Acts of Kindness for Kids 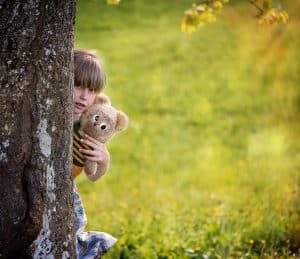 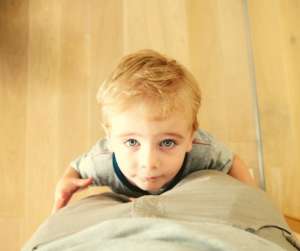 Negotiation with Kids: 5 Ways to Skip the Power Struggle 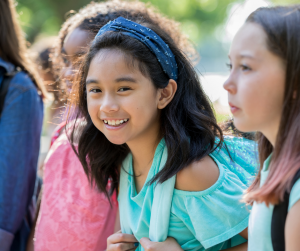 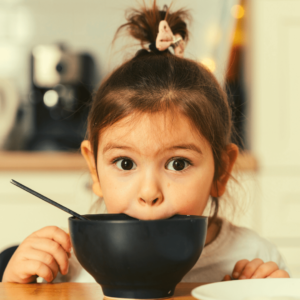 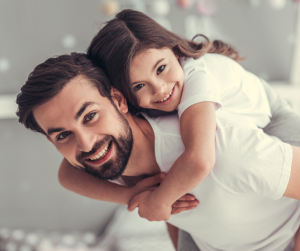 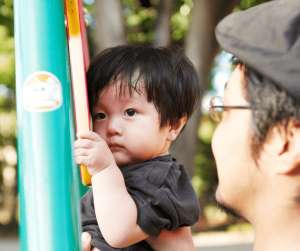 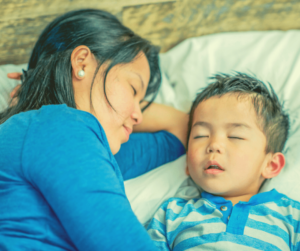 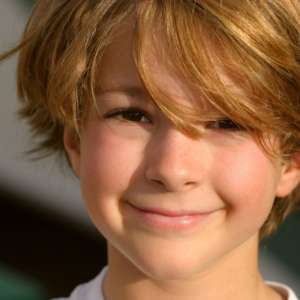 Why Do Children Lie? How to Handle it with the 5s & Older 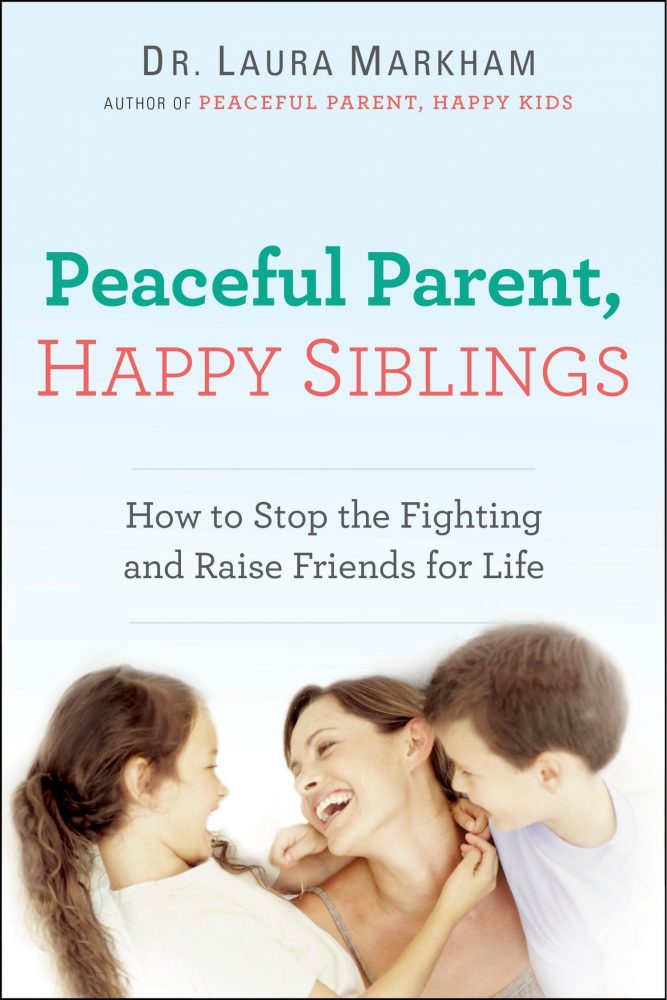 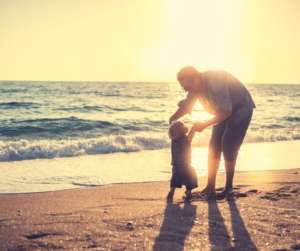 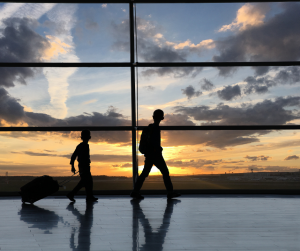 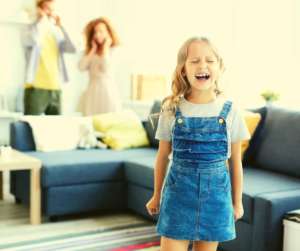 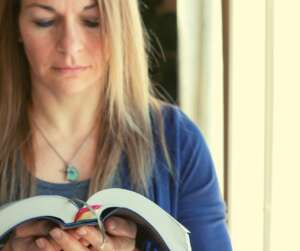 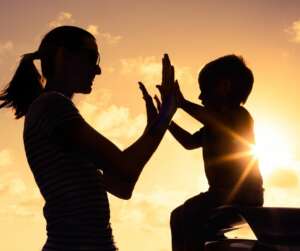 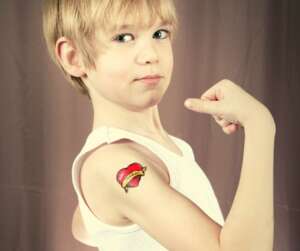