A couple of weeks ago, a friend challenged me to a screen free parenting day. We agreed that for a single Sunday, we’d focus on our young kids and have dedicated family time all day long—without a single screen to entertain any of us. Nothing to “pass the time” while someone else was unavailable for company; no screens even in the bathroom (yep, I wrote that). We’d have to conjure up things to do as if it were 1985 all over again.

To be clear, we’re not a tech heavy family. However, we’re much more reliant on technology than we’d even realized we were. Sure, we don’t use it to entertain our child when we go out to a restaurant, and we don’t choose cartoons or video games over playground time. But does our kid watch the iPad while I’m showering in the morning? Yep. And do I check my phone three times per day? It feels more like 300 some days, even if it’s usually for “just a minute.” Someone is almost always logged into something.

There’s a lot of compelling research that demonstrates that the best parenting is parenting where young kids, or kids of any age, don’t rely on screens as a major source of entertainment. And while we’re not in the “major source” category by a long shot, we’d felt, well, a bit disconnected recently. Not from technology, but from each other as a family. We wondered if unplugging from ALL the technology for awhile would set us back on the right path.

What happened during our day of screen free parenting?

For us, this meant no TV, no iPad or tablet, no phones, and no computers. At first, it was no big deal. My husband played with our daughter while I showered that morning. I made breakfast. We chatted. Life felt normal.

Shortly thereafter, however, we (the adults) felt a bit of a void. Slight discomfort, even. Where was that thing we usually hold for a moment or two when there’s a gap in conversation or activity?

Had our phones become our security blankets?

Maybe they had. We wondered. However, once we got past those awkward few moments, this is what happened on our screen free parenting day.

Physical and emotional benefits of our screen free parenting day

As a bonus, with both physical and emotional benefits, I got the best night’s sleep I’ve had in seven years. That alone was worth it.

Was it a fluke?

Scientists know that when you’re running experiments, you change just one variable in each of the tests to see if that single change is the factor that affects the results. Although I hadn’t considered this day a screen free parenting experiment, it essentially became that. All the other factors were the same for the day we chose. The result? All of us agreed that these are the kind of days we all want in our lives.

Not only did we enjoy some good quality time, we also got more quality time that day than we’d have had if we’d stayed connected to technology. Now, at least once per week, we’re committing a full day to screen free parenting. We’ll work up from there. My husband and I both work online so we can’t cut screens entirely, but we can take one small step at a time.

Further, when I’m one on one with my kid, I’m designating blocks of hours per day where I stick my phone in a drawer and forget about it. As my child said, “The best part of it all was that we got to play more.”

This is precisely the connection we’d been missing. Ironically, all we needed to do to connect to each other was to disconnect from the things that matter so much less. 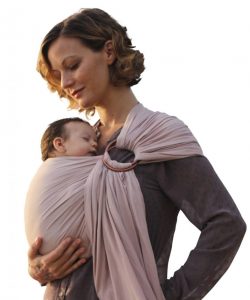 Thrivers: The Surprising Reasons Why Some Kids Struggle and Others Shine 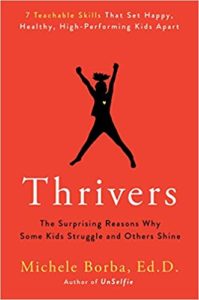 Social Distancing with Kids: 25 Great Ways to Make it Work

Halloween for Kids: 10 Fun Ideas for This Strange Year

How to Reconnect Emotionally

Get one FREE mini-course and FREE access to interviews from some of the best parenting and child development experts in the industry.
Related Courses

How to Reconnect Emotionally

Childhood Friends: 3 Important Lessons We Can Learn about How to Be Good Humans