Teacher Tom, and The Show Must Go On

I hope he doesn’t remember this, but the first time I met Teacher Tom, I was a bumbling idiot.

Now, here’s why it’s particularly embarrassing. You see, because my mom was in the entertainment industry while I was growing up, I had exposure to more than my fair share of celebrities.

Then, as an adult, I just kept running into them. For instance (and to my surprise), Steven Tyler once approached me and asked if he looked alright; he’d had only a quick cold shower and had to hurry, and was feeling self-conscious. I responded to him and we spent 45 minutes having a one-on-one conversation before he introduced me to the rest of Aerosmith. (He’s a super nice guy, for what it’s worth. I felt awkward ending the conversation, as if I should invite him to lunch or something.) I hadn’t been looking for him or any of the other famous people I’ve stumbled across; it’s one of those funny things that has just kind of happened with some degree of regularity throughout my life. It’s always been my opinion that they’re just people, so why get so worked up about them?

While they might be more recognizable, they’re certainly no more important than the rest of humanity.

My life continued as it had, and one day while walking down the street with my daughter near downtown Seattle, Washington, I looked up to see a playground adjacent to an old church. On it, kids were playing. The teacher was the one who caught my eye, though—and he looked familiar. I racked my brain for a moment and realized it was, indeed, Teacher Tom (otherwise known as Tom Hobson) of Woodland Park Cooperative School. Known worldwide in the respectful parenting community (and beyond), he’s hailed by parenting experts as one of the “world’s leading practitioners of ‘democratic play-based’ education.” He’s also a heck of a good writer. I’d recognized him from his blog about early childhood education (and other related topics).

I didn’t know he’d be right there. And for the first time in my life, I completely geeked out in front of someone—and that someone wasn’t a rock star or movie star, but rather, a preschool teacher. My subconscious enthusiasm did all sorts of unconscionable things: I stuttered, used the wrong word more than once, and despite my efforts, just couldn’t seem to “pull up” conversationally. I guess I’m a sucker for intelligent people who do important work on behalf of children.

Fortunately, to the extent that I felt embarrassed by my temporary social ineptitude, Teacher Tom was gracious and kind.

He engaged my introverted daughter as best he could and invited us to join his class sometime. We accepted his invitation. I enrolled my child for the following summer and the school year thereafter.

By spending a year working in his classroom every week, I got to know him much better than I did when I first wrote about him. I’ll stand behind what I wrote then—he’s still simultaneously on the kids’ level while also being a strong and respectable leader. He’s intriguing. Even my husband can’t quite put his finger on it. He agrees, “There’s just something special about him.”

What I’ll add to last year’s description, however, is what a big heart Teacher Tom has.

Beyond what he does to entertain the kids, he also really engages with them.

Unlike many of us, who are often inclined to multitask or think about the “next responsible thing we need to do” while playing, he really gives the kids his undivided attention. He’s all in. What I observe in their response is that they feel important in his presence (because they are). There’s a critical parenting lesson in that.

Further, he doesn’t “teach” a thing in the traditional sense of classroom teaching, but somehow, he ends up teaching pretty much everything that matters.

You won’t find a single worksheet anywhere in his classroom (other than, perhaps, as scrap paper). The most formal instruction I ever heard him offer to the class was, “Here’s something you need to know in life: no one wants you to mess with their glasses, their hat, or their hair. Nobody likes that.” (He’s right.)

He’s good at life lessons; at teaching people how to coexist together.

Within the context of the inevitable and occasional conflict that comes up amongst the children, he helps them navigate their challenges peacefully. With him, it’s safe to talk about feelings; in fact, he spends a fair amount of time talking about them. He reads about them. I’d surmise that every kid in his class graduates with a better understanding of humanity than many adults have.

I’d be surprised if the adults who spend time with him don’t come away as better parents and partners than they were before observing him with the kids.

And as with all things, once we learn what we’ve been there to learn, it’s time to move on.

Today, our last day, the kids put on an end-of-year play as part of their “graduation” ceremony. While Teacher Tom was coaching them beforehand—and before the audience entered the room—he advised the kids that sometimes, unplanned things happen during performances. People drop their props and whatnot. If one of those unforeseen things were to happen, he advised them to keep performing, citing the old cliché—“the show must go on.”

They performed. Most things went according to plan and the play went beautifully. Families celebrated, and then the kids crossed the stage one at a time to symbolize their leaving Teacher Tom’s class to move on to new endeavors.

I don’t think anyone—adult or child—was prepared for the emotional investment we’d make in Teacher Tom’s class throughout the year.

My guess is that we all walked away feeling somehow changed, likely for the better, for his presence in our lives.

I didn’t mean to meet Teacher Tom any more than I’d planned to hang out with Aerosmith. One of those encounters was fairly cool (much cooler than I’ve ever been, for sure); the other, made a difference.

There’s a hole in our hearts tonight after finishing our time with Teacher Tom. And yet, that hole is full of a lot of teaching that I’ll still be processing, and trying to implement as a parent, for quite some time.

He loves them. And every single one of them feels it.

And now, we move onward—better than we were before we met him, because, as he said, the show must go on. 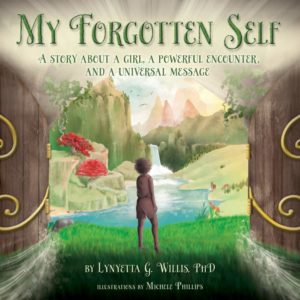 Nonviolent Communication (A Language of Life) 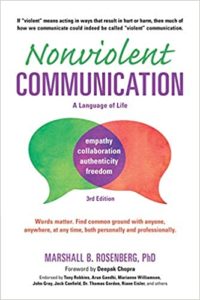 How Would it Feel to KNOW You’re Parenting Right?

You want PRACTICAL and ACTIONABLE parenting tips. That's exactly what we'll send you when you join our mailing list -- and nothing more.