The Parenting Strength of (Seemingly) Doing Nothing

There’s a little boy in Teacher Tom‘s multi-age summer school whose name isn’t Jimmy, but I’m saying it is to protect his privacy. Jimmy is quite little, as in, he still has to wear a sticker on his back that reads, “Please take me to the bathroom at 2 p.m.” He can’t be any older than his potty checking time. However, he’s surrounded by older kids who don’t need stickers on their backs; they’ve more experience with such things.

Jimmy had been working for almost two weeks to figure out how to climb into the tire swing. It’s plenty short enough for him, but by virtue of being a tire swing, it not only sways but also spins when he touches it. Tricky.

Well, today, he succeeded in climbing in by himself for the first time. He looked incredibly proud. However, he immediately encountered a new problem. How would he make it go?

In this new conundrum, he called to Teacher Tom as one would: “Push.” He was soft spoken and polite about it; somewhat bewildered to find himself with another new challenge so soon. He’d achieved step one but knew that someone had to do something more.

In response, Teacher Tom warmly yet factually replied, “That swing isn’t moving.” And he stayed right where he was, watching Jimmy. Now, this is the really tricky part. If Teacher Tom were to respond to every request for a push / a pull / a whatever-it-is, he’d have to be in about 20 places at once, rather than doing his job. Of course he helps kids in need; that is his job. But he doesn’t always help them in the way they ask. Sometimes, his best teaching tool is simply waiting to see what the kids can figure out.

In this case, by giving Jimmy his full attention and acknowledging his request for a push, Jimmy likely felt heard. What happened next, though, was an unexpected plot twist.

By not jumping to Jimmy’s aide as many would, he opened a door to greater possibilities. Indeed, Jimmy succeeded in conveying his message. What also happened is that another student who’s name (isn’t) Kate—a highly sensitive child who’s disinclined to engage with other kids, and who liberally applies what some would call selective mutism—well, she heard the request, too. To the surprise of those who know her, she piped up, “I can push you, Jimmy!” And to his rescue she came. She helped that little boy swing for a good ten minutes.

So, yeah, Jimmy got the push he desired. Jimmy was happy for climbing in, in the first place. That was his victory. What also happened, perhaps more notably, is that Teacher Tom’s “wait and see” approach facilitated very natural cooperation and fostered community among the children.

Kate, a child who wouldn’t normally jump into a social scene, saw an opportunity to not only connect in a way where she felt safe emotionally, but also to lend a hand. In doing so, she proved to herself that she could. My guess is that the message will stick with her and manifest in other positive ways throughout her week, and perhaps much longer.

Sometimes the hardest thing we can do, as a parent, is wait to see what happens. And sometimes our kids’ best confidence comes from being given the opportunity to grow. 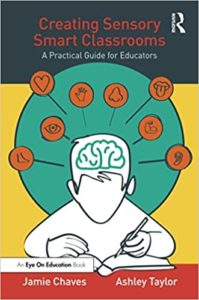 Rupture and Repair (Making Up When You’ve Messed Up)

Get one FREE mini-course and FREE access to interviews from some of the best parenting and child development experts in the industry.
Related Courses

Time-In vs. Time-Out: How and Why Your Discipline Approach Matters

Growth Mindset: Shopping With a Child Who Wants Something They Can’t Have

What Makes a Child Happy: Four Ways to Connect

Childhood Friends: 3 Important Lessons We Can Learn about How to Be Good Humans