We all want to raise honest kids; ones with whom we can talk about anything. We want to trust that we'll get the real story when we ask them what's going on; kids who will trust us with small issues as well as big ones.

How can we raise honest kids?

I'll start with a personal story and then get into the science of child development.

We encountered this situation at home the other night. Why is this about my own decision whether to be honest, though, instead of about my child's honesty or lack thereof? It's because as her parent, I'm the role model. And I had an opportunity to be one...or not.

As I was putting my six-year-old daughter to bed, she said, "Mommy, my monkey looks different. Did she grow?" She's slept with this stuffed monkey since she was two. More accurately, she's slept with one of several identical monkeys we purchased "just in case" something happened to one of them.

Of course, her monkey hadn't grown. The one she'd been snuggling to sleep for the past few months had gotten pretty raggedy so I'd replaced it with the newest, least bedraggled one she has. It's fluffier. Its head doesn't flop over like the others.

This was one of those parenting moments that momentarily stumped me.

Of course I believe in raising honest kids; and I know the importance of modeling honesty to accomplish that.

Still, I wondered if I were betraying her trust in some other way by confessing that we had monkey-doubles.

Hoping for the best, I did what I knew I had do to. Holding her in the darkness, I confessed, "No, your monkey didn't grow. We have more than one monkey. When you were littler, we bought extras to make sure you'd always have a clean one to sleep with, or a backup if something happened to her. This one is fluffier because she's newer."

She was silent for a minute. I honored the quiet space in conversation and let her process. Then I added lightly, "It's kind of like we have our own private monkey party."

She giggled. She was okay. The next day, she said nothing of it.

Honesty had been the right call. Of course it had been.

Adults tend to over-think this sometimes. The honesty we model is always the right path for raising honest kids.

Related post: Should We Tell Kids The Truth about the Easter Bunny?

Raising honest kids is about being honest with them, ourselves -- even when it's hard.

Of course we need to keep our honesty age-appropriate. But it's honesty all the same.

We owe it to our kids to be transparent, even when our inclination might be to lie. (source) Our truthfulness helps shape their moral character. Science tells us that the more honest we are with our kids, the more likely we are to raise honest kids. (source)

What about kids who are already in the "habit" of lying? Don't all kids lie?

Here's where some knowledge of child development comes into play for raising honest kids. Indeed, children between the ages of 2 - 4 already start to engage in what adults perceive as lying. However, "lying" is not as clear as it seems.

Lying has an inherently negative connotation for adults, as it should. For young children (up to about age 5), however, so much of their world is based on play that they might not realize what they said didn't actually happen. Their brains simply haven't developed enough yet to keep track of the difference. So, rather than getting upset that our child has "intentionally" lied to us, reframe it as their brain having been stuck in fantasy play. Perhaps surprisingly, not only is it developmentally normal, it's also healthy and appropriate for them do to this. An example of this would be "My doll threw my food."

For slightly older kids (up until about age 8), they may lie for the same reason their younger counterparts do. Play is still a common state of mind for them. Alternatively, they may lie to suggest what they wish had happened. It's not necessarily a conscious or malicious plan; it can come from regret or embarrassment.

An example of this would be, "I don't know how the ball broke the window. Someone else did it." It can be helpful for the adult to translate their statement to, "I wish I hadn't broken the window." Understanding the child's internal motivation for the lie can be beneficial (source).

Of course, not all lies are acceptable and not all lies are developmentally appropriate. Raising honest kids can be harder for some families than others. Talk with a professional if you're concerned. 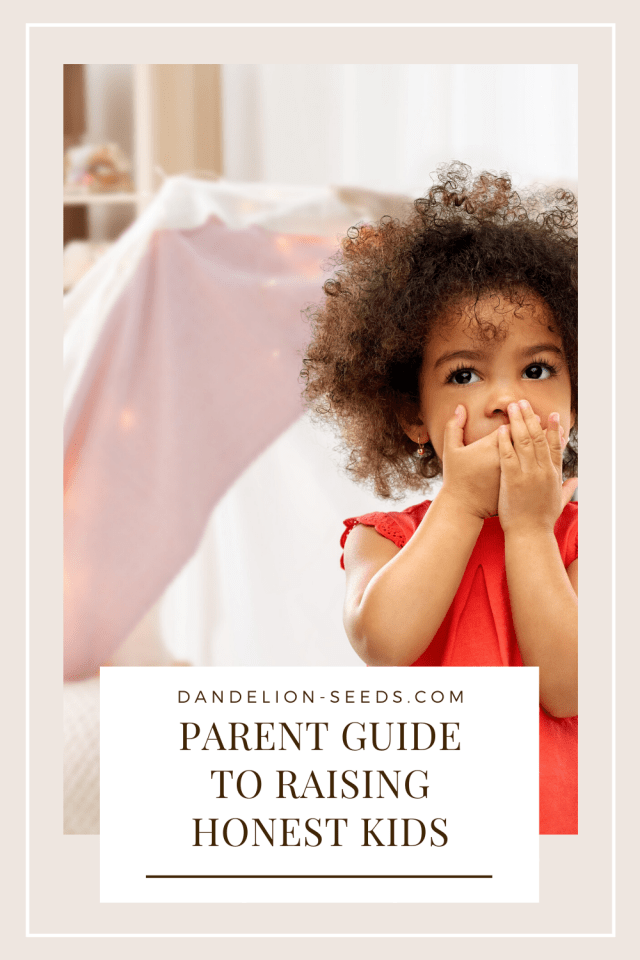 What else can we do to raise honest kids?

Use science-backed positive parenting based on connection rather than shaming or punitive measures when children lie. Be a playful parent as often as possible to fully engage your kids. And most of all, give them grace when they do slip up -- after all, you're raising humans. We're all doing the best we can.

Coming soon: What To Do When Kids Lie 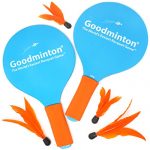 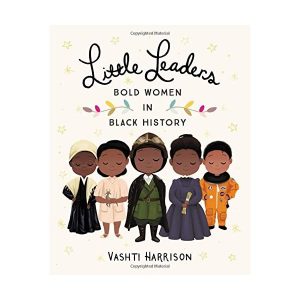 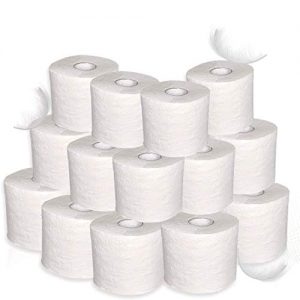 As an Amazon Associate, we earn from qualifying purchases. Your purchases help us support important charities.

Sarah R. Moore is an internationally published writer and the founder of Dandelion Seeds Positive Parenting. You can follow her on Facebook, Pinterest, and Instagram. She’s currently worldschooling her family. Her glass is half full.

Sarah R. Moore is a certified Master Parenting Trainer, an author (book coming soon), an armchair neuroscientist, and most importantly, a Mama. She's a lifelong learner with formal training in child development, improv comedy, trauma recovery, and interpersonal neurobiology. She offers a popular series of mini-courses (including her FREE video, Three Keys to Positive Parenting). She helps bring JOY, EASE, and CONNECTION back to families. You can follow her on Facebook, Pinterest, and Instagram. She’s currently worldschooling her family.
Table of Contents
How can we raise honest kids?
Raising honest kids: a real-life example of parent/child interaction.
Of course I believe in raising honest kids; and I know the importance of modeling honesty to accomplish that.
Adults tend to over-think this sometimes. The honesty we model is always the right path for raising honest kids.
Raising honest kids is about being honest with them, ourselves -- even when it's hard.
What about kids who are already in the "habit" of lying? Don't all kids lie?
Raising honest kids: brain science and child development.
What else can we do to raise honest kids? 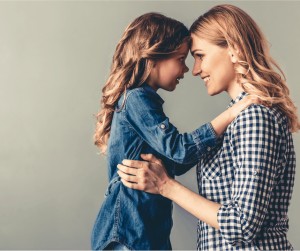 Rupture and Repair (Making Up When You've Messed Up) 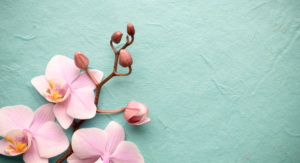 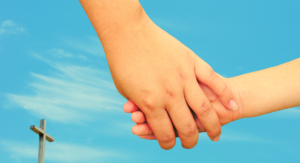 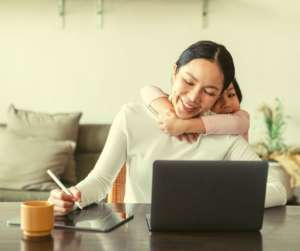 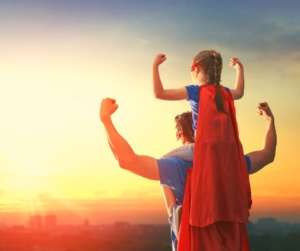 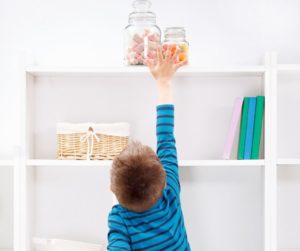 Child Stealing? Two Reasons They Might -- and What to Do about It 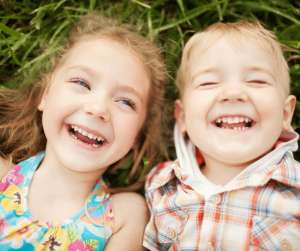 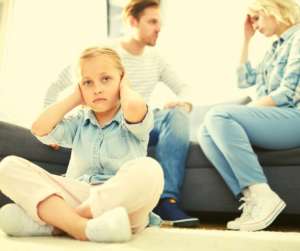 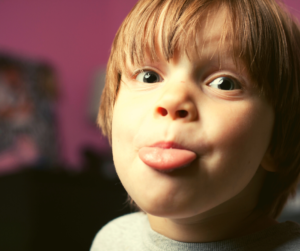 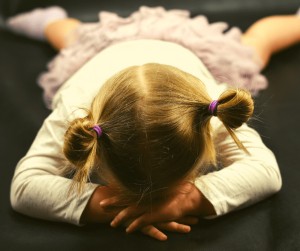 Tantrums: Helping Our Kids Find their Calm (While Staying Calm, Ourselves) 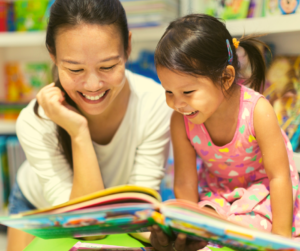 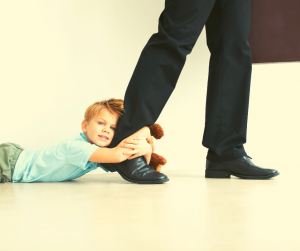 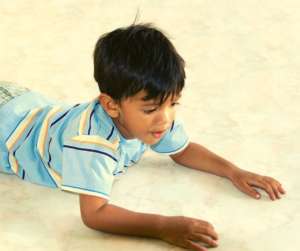 Get one FREE mini-course and a FREE sample of interviews with some of the best parenting and child development experts in the industry.
178 shares